What is Tommy John Surgery?

Baseball, America’s favorite pastime, is seeing more and more participants every year. From 2014 to 2018, the U.S. saw a 21 percent jump in people playing the game professionally, in schools, and amateur leagues. It continues to be one of the hottest sports in this country.

Throwing sports like baseball pose one of the most significant risks for a tear in the ulnar collateral ligament (UCL), requiring Tommy John Surgery to correct.

What Is Tommy John Surgery?

The elbow joint serves as the intersection of the two bones that make up the forearm and the humerus bone in the upper arm. The elbow consists of two separate joints: humeroradial and proximal radioulnar, held together by connective tissue, such as ligaments.

The ulnar collateral ligament runs on the inner side of the elbow and supports these joints during certain motions like throwing a ball. It is a ligament that sees a lot of action when someone throws overhead. That repetitive movement puts a lot of stress on the ligament, and it can eventually tear.

Symptoms of a Torn UCL

Of course, no two people experience symptoms of any injury precisely the same way, but there are classic signs of a UCL tear, such as:

What Happens During Tommy John Surgery?

During Tommy John surgery, the goal is to replace the torn UCL with a tendon taken from another part of the patient’s body.

The surgeon completes the repair using an arthroscopy while the patient is under general anesthesia. They will make an incision about three to four inches long, then remove the damaged UCL and graft in the tendon to replace it.

This is typically an outpatient procedure that takes one to two hours to complete.

The surgery is done on an outpatient basis, and the recovery time from Tommy John Surgery is anywhere from six to eight months. The length of time for recovery will depend on many factors, including how fast the tissue heals.

Initially, you will need to rest the arm to facilitate healing. It will require physical therapy to help stretch the graft, and you may see a full range of motion after about six weeks. The physical therapist will create a custom plan to help the joint regain its strength. Once your elbow heals, the joint will be stable.

If you think you might have a UCL injury, you need to see an orthopedic specialist. Prime Surgical Suites has some of the top specialists in the region, so you know you’ll be in expert hands.

At Prime Surgical Suites, we provide state-of-the-art, cost-effective musculoskeletal surgical care in a convenient and comfortable outpatient setting for patients of all ages. Located in RiverCrest Medical Park, we are the region's first outpatient center focused exclusively on orthopedics. Our physician-led center will help restore your active lifestyle and well-being with compassion and orthopedic excellence.

READ NEXT: Difference Between ACL, MCL, and PCL Injuries

Replenish Electrolytes for Healing And Hydration

Treatments for Torn Ligament in Shoulder

How Long Does an Endoscopy Take, Start to Finish?

Goosefoot Knee Bursitis: When to See a Doctor 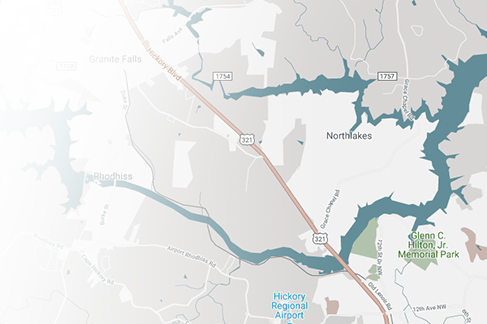 For more information and updates on Prime Surgical Suites, please enter your information below:

The contents of this website are for informational purposes only. The content is not intended to be a substitute for professional medical advice, diagnosis, or treatment. Always seek the advice of your physician or other qualified health providers with any questions you may have regarding a medical condition. Never disregard professional medical advice or delay in seeking it because of something you have read on this website.

Healthcare Marketing  by The Diamond Group